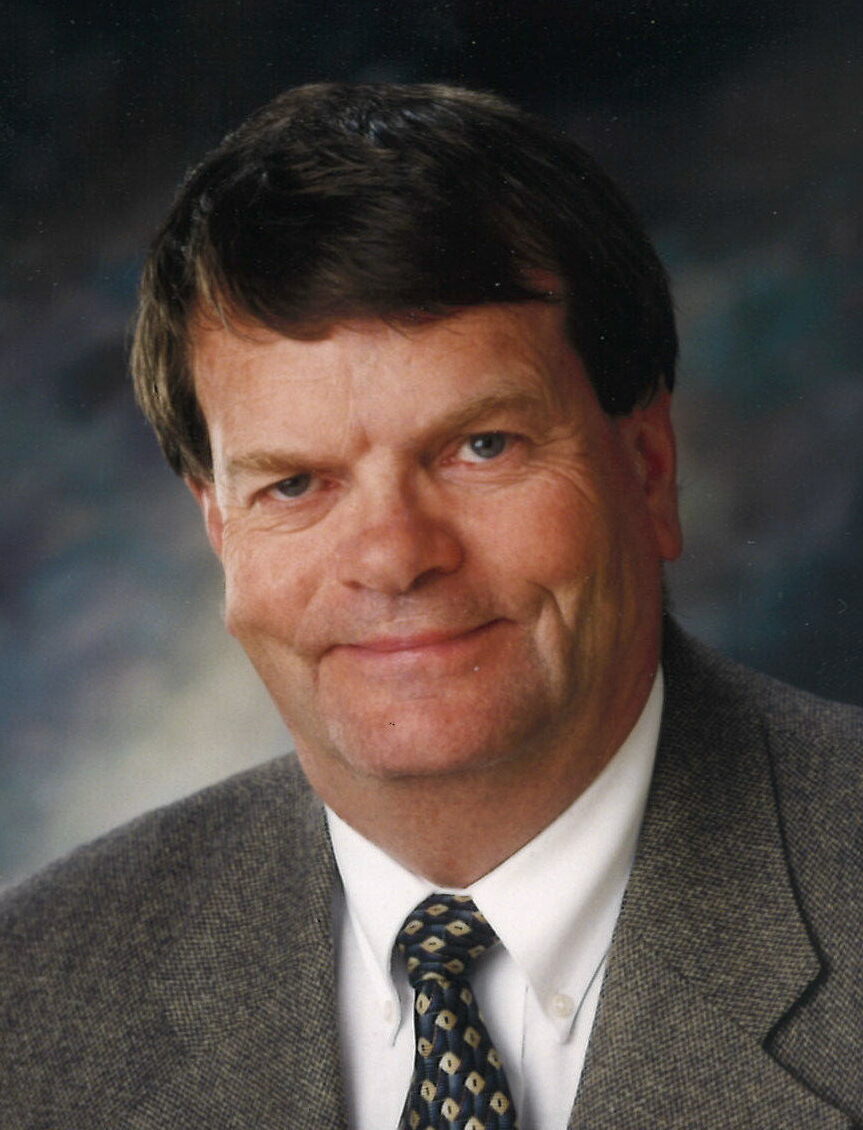 Norman Albert Dennis, 79, of Stettler, Alberta, passed away on September 1, 2022 at the Red Deer hospital due to complications from cancer. Almost 2 years ago, he had been diagnosed with advanced prostate cancer after living with multiple myeloma for 15 years.

Norman was born in Stettler, Alberta on March 28, 1943. He was the second of three children born to Elsie and Gordon Dennis. Norman married his sweet heart Geraldine Falkenberg on July 7, 1962. And most recently celebrated his 60th wedding anniversary with family at Rochon Sands, Buffalo Lake.  Together they raised three daughters. Diana was born in 1965, Sheila in 1968, and Amy 1977.

Norman was an oilman. For over 30 years he worked for Gulf Oil: 27 in Stetter’s area office and 3 years in Russia (Komi Artic Oil). After retiring from Gulf, he started consulting in the oilfield through PetroGlobe Ltd. Later he had his own company, NAD enterprises.

He was also heavily involved in local, municipal and provincial government organizations. At the local level, he was on the Stettler Town Council for 12 years and was Chairman of the Library Board for several years. His involvement with municipal boards included: The Heart Haven (Chairman), The Stettler Hospital, Alberta Social Appeal Committee – Stettler Region and FCSS (Family & Community Support Services). He was a proud member of the Rotary Club for many years. He received the Paul Harris award for his outstanding contributions to the community. Provincially he was appointed to the Municipal Government Board (MGB) and Alberta Blue Cross Board.

In his spare time, he loved: sports – basketball, hockey, baseball, slow-pitch, golf, skiing, and curling; spending time with his family at Buffalo Lake; and taking trips out to the Okanagan, ski hills, BC’s west coast, and Maui.

Norman was known for his commitment to family and leadership in the community.  He was a proud Dad attending all his children’s activities and later his grandchildren’s.  Throughout his lifetime he was involved in many fundraising activities to support the Town of Stettler. One fundraising initiative in particular was the Alberta Summer Games hosted in Stettler, 1991.

Norman is survived by his wife Geraldine, his daughters: Diana (Arie) Van der Velden, Sheila (Mike) Petrone, and Amy (Stuart Bergen) Dennis. He was much loved by his grandchildren: Timothy, Nicholas, and Emily Petrone; and Sydney and Rachel Bergen. He is also survived by: his brother Dave (Shirley) Dennis and their children Wanda Dennis and Mark (Jacquie) Dennis and children Kody, Kyle; his sister Marlene (Russell) McKay and their children Corey (Liesa) McKay and children Abigail, Eloise, Oliver; and Blaine McKay. He is survived by his cousins: Judy (Bruce) Graham + children (Brett, Torben, and Katrin-Liis); and John (Tammy) Cowle.

Norman was predeceased by his parents, Gordon and Elsie Dennis and his infant children Jeffrey and Christine Dennis.

Donations in memory of Norman are gratefully accepted and may be directly sent to Alberta Cancer Foundation – Tom Baker Cancer (Multiple Myeloma) or to the Stettler Health Services Foundation.