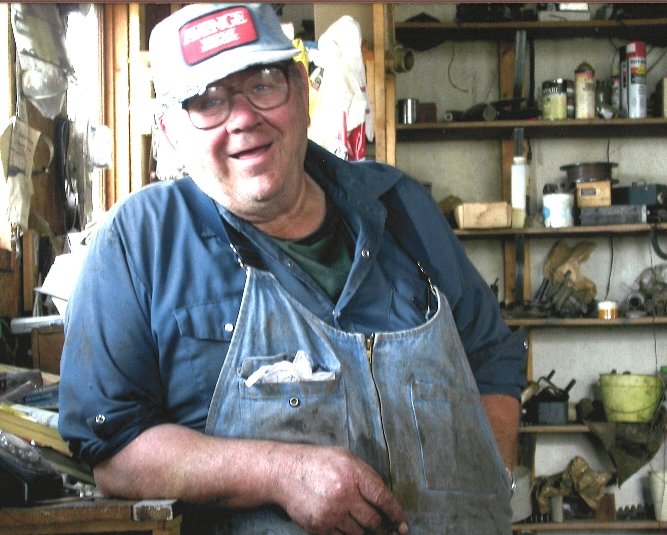 October 26, 1934 – March 12, 2020 Thomas Clark Brown was born on October 26, 1934 in the St. Joseph’s Hospital in Galahad, Alberta to William and Vera (nee Jackson, later Holben) Brown. Tom grew up on the family farm with three other siblings, Albert, Phyllis and Richard, before bringing home a “beautiful brown-eyed blonde” in 1960, Doreen (nee Kuefler), with whom he would share the next 60 years. After partnering with his older brother Albert for many years on the family farm, Tom went on to raise his daughters there (Carmen and Nichole) as well as inducting his sons-in-law, grandchildren and great-grandchildren into the joys and responsibilities of farm life. His passion for mechanics and his local community led to a legacy of Snap-on tools and many friendships and club participations. Tom was a proud member of the Commodities Club, the Galahad Lions, Galahad Curling Club, the Paintearth Gun Club, Bridge clubs and the Simmental Association. Tom was also instrumental in the re-establishment of the Paintearth 4-H Beef Club, in which both his daughters participated. Of the many friendships and connections that Tom had over the years, a core group emerged who we recognize as honorary pall-bearers: Alberta Brown, Frank Herle, Jim Schaffner, Bill Meyer, Gordon Fuller, Bert Ponto, Melvin Kuefler, Earl Jackson, Billy Peake, and Harold Raher. Between cattle ranching and grain farming, Tom expressed his more creative side through metal working, cribbage card sharking, and endless jokes and stories. His grandchildren and great-grandchildren often reaped the rewards of these efforts. It was always a special day when Papa Tom would show up on his ATV or with a ride-on digger for the sand box. A quieter legacy that Tom has left behind was his faith; he was deeply religious though not publicly demonstrative and we were often told by Papa Tom that he was praying for us. In more recent years, Tom handed down many of these trades and farm responsibilities to his growing family and spent time RVing with his wife Doreen and their friends. Adventures included trips across Canada and abroad to Europe, Hawaii, Arizona and Alaska. Tom and Doreen also enjoyed regular local outings to the Ponoka Stampede, northern Albertan lakes for fishing, and the always memorable Annual Family Campout, be that in the coulee or at a real campground. Tom is survived by wife Doreen; daughters Carmen (Dwayne Felzien) and Nichole (Greg Borm); brother Richard; sister-in-law Kay Brown (Albert Brown); 4 grandchildren born to Carmen and Dwayne; and 10 great-grandchildren. Katrina (married to Tyler Smith and mother to Kinsley and Madison), Patricia, Jason (married to Shauna Zimmer and father to Caleb, Marcus, Luke, and Gwen), and Joseph (married to Sarah Wylie and father to Benjamin, Isabelle, Gabriel, and Mabel). He also leaves behind a large community of extended family, neighbors, and friends. As the ‘grumpy guy who wasn’t really a grumpy guy’, he will be deeply missed by many. A closed, private funeral will be held on Friday March 20, 2020 at the Castor Evangelical Missionary Church. In light of current concerns around the Corona virus, we ask that you join us in thought and spirit on that day. There will be a Celebration of Life held at a later date, details to be determined, during which we hope that many will gather with us to share Tom-isms and memories. The family are extremely grateful to the staff and physicians of Our Lady of the Rosary Hospital for the care and compassion Tom received during his final illness. Thank you also to the members of the Paintearth and Flagstaff communities for the many kind words and prayers over this past week. Thank you as well to those who brought food and sent beautiful cards and flowers, and made charitable donations. Donations in memory of Tom may be made to the Our Lady of Rosary Hospital Foundation General Fund or to the Paintearth Lodge.
To send flowers to the family or plant a tree in memory of Thomas Brown, please visit Tribute Store

Private Funeral with Public Service to be announced later