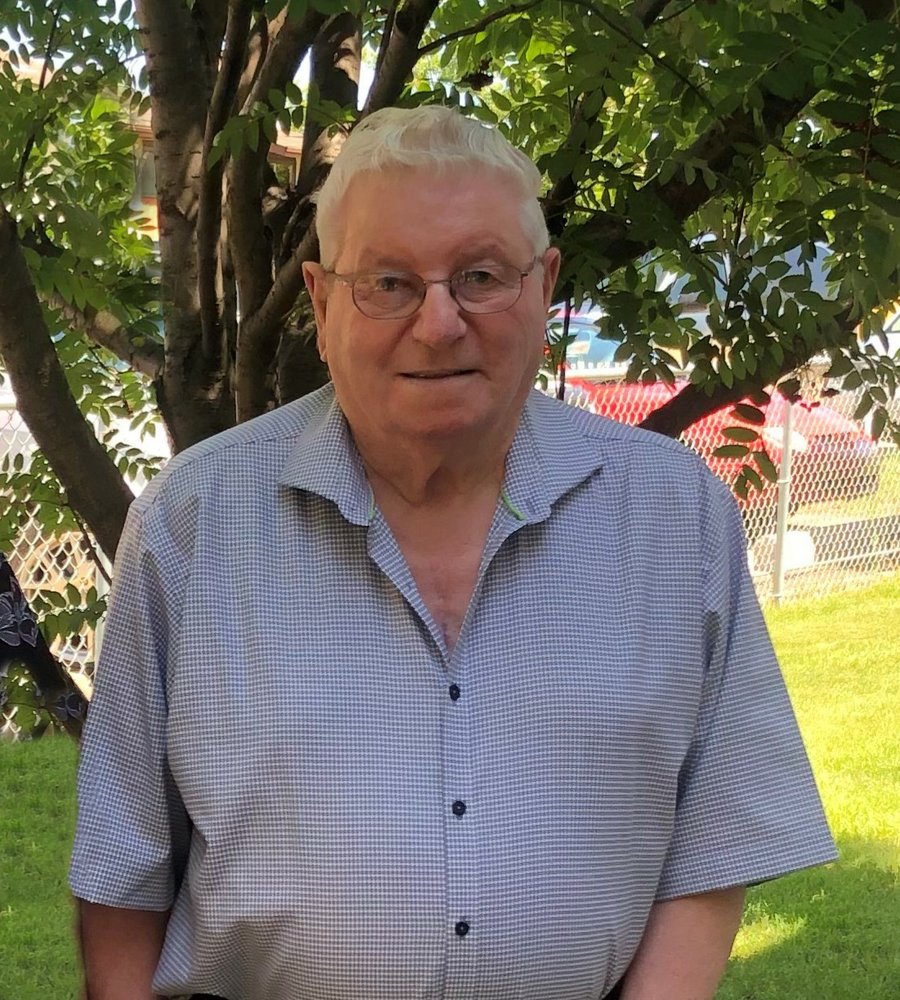 It is with heavy hearts that we announce the passing of Elldon (Eldey) on April 5, 2021 at the age of 83. Left to cherish his memory are his wife of sixty two years; Mary Ann; children: Garth (Susan), Brad (Joanne), Darren (Wanda), Cheryl (Terry), and Mark (Laurie Ann); sixteen grandchildren; ten great-grandchildren; numerous nieces, nephews, other family members and many dear friends and neighbours.  Elldon was predeceased by his parents Ben and Lena, brother Vern, sisters: Lorraine, Mildred, Loyola and Barbara.

Elldon was born in Rosalind, Alberta on April 27, 1937 to Ben and Magdalena Niehaus.  In 1958, Elldon married Mary Ann Wolbeck and moved from Edmonton to Strome and then to Kavanagh where Elldon owned and operated a White Rose (then Shell) Service and Bulk Station.  There they raised their five kids until moving to Stettler in 1972 where Elldon managed the UGG grain elevator for two years.  Shortly after, Elldon and Mary Ann purchased a farm five miles south of Stettler to pursue their dreams of owning their own farm and raising their family.  Farming was their livelihood but time was always made to welcome the grandchildren and many great memories were made on the farm, especially around the fire pit.  Elldon was always known to bring home any animals as pets from the Auction Mart, whether it be for his kids or grandkids.  Elldon will be remembered as a strong man with a big heart.  In 2012 Elldon and Mary Ann retired and moved to Paragon Place and most recently Heritage House is where Elldon spent his last year.

No funeral is planned at this time due to the current restrictions in place. Donations can be made to Paragon Place in Stettler.

Share Your Memory of
Elldon
Upload Your Memory View All Memories
Be the first to upload a memory!