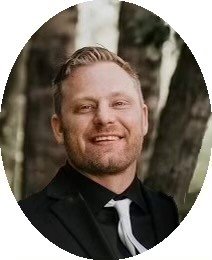 Chad is deeply missed by his love Erika Lindgreen who gave all of her heart and made him a happy man.

His two children, Aiden and Drew Catellier whom he adored entirely.

\His mother and stepdad Ingrid and Patrick Bannerman. His niece Madeline Catellier,

his children’s mother and stepdad, Bobbi Kamps and Norman Roy along with their little son Normie Jr.

His many many aunts, uncles, and cousins

from both sides of the family

Followed by a gathering at the Alix Ag Grounds

Memorial Donations may be made to the

Share Your Memory of
Chad
Upload Your Memory View All Memories
Be the first to upload a memory!