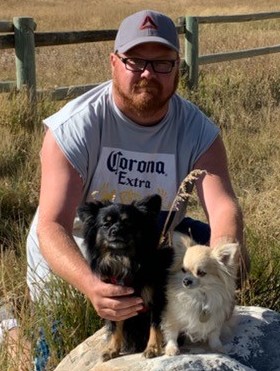 It is with a heavy heart that we announce the sudden passing of Steve Pochylko.  Steve passed away June 16, 2021.  He was 37 years old.  Steve was born October 20, 1983 in Stettler, Alberta to Lorence and Cherie Pochylko.  He was raised in Stettler and graduated from Wm E. Hay in 2001.  He attended SAIT for a couple of years but chose to come home to start-up a new family business.

Steve loved golfing, camping, quading and anything sports related.  In 2015 Steve finally met a partner that he wanted to share his life with.  Steve and Carrie shared six years together, always planning the next big adventure.  Steve always had love for little puppies so Finley and Raider joined the family, the pups were the true loves of his life.

Donations in memory of Steve are gratefully accepted to S.T.A.R.S. or a charity of choice.

Share Your Memory of
Steve
Upload Your Memory View All Memories
Be the first to upload a memory!