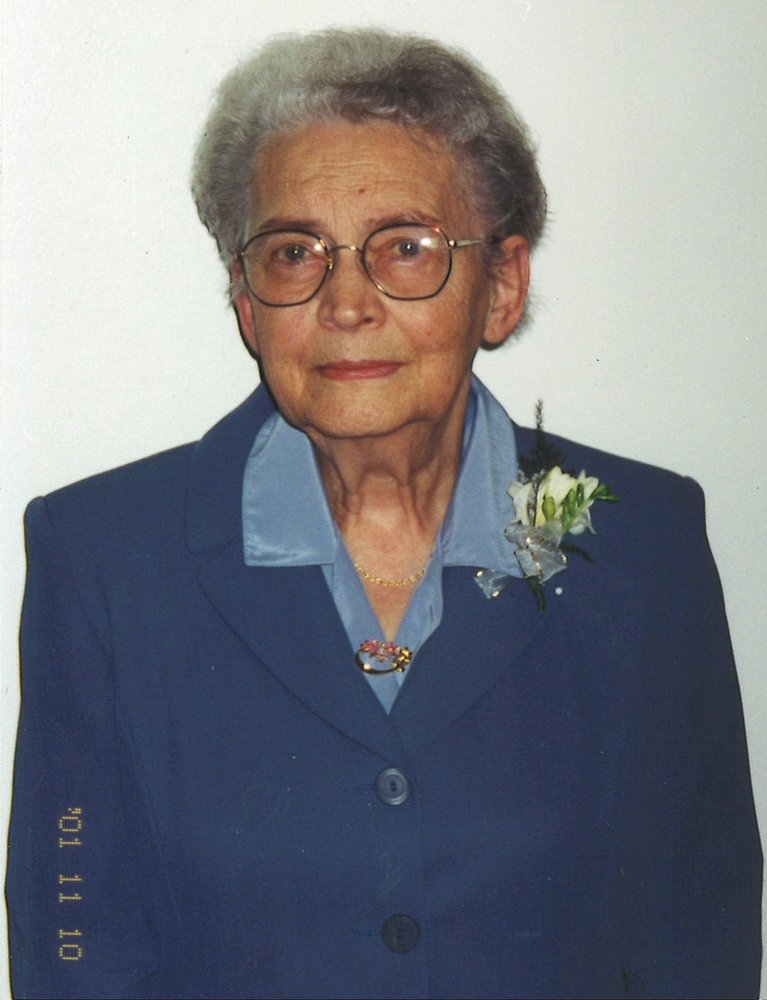 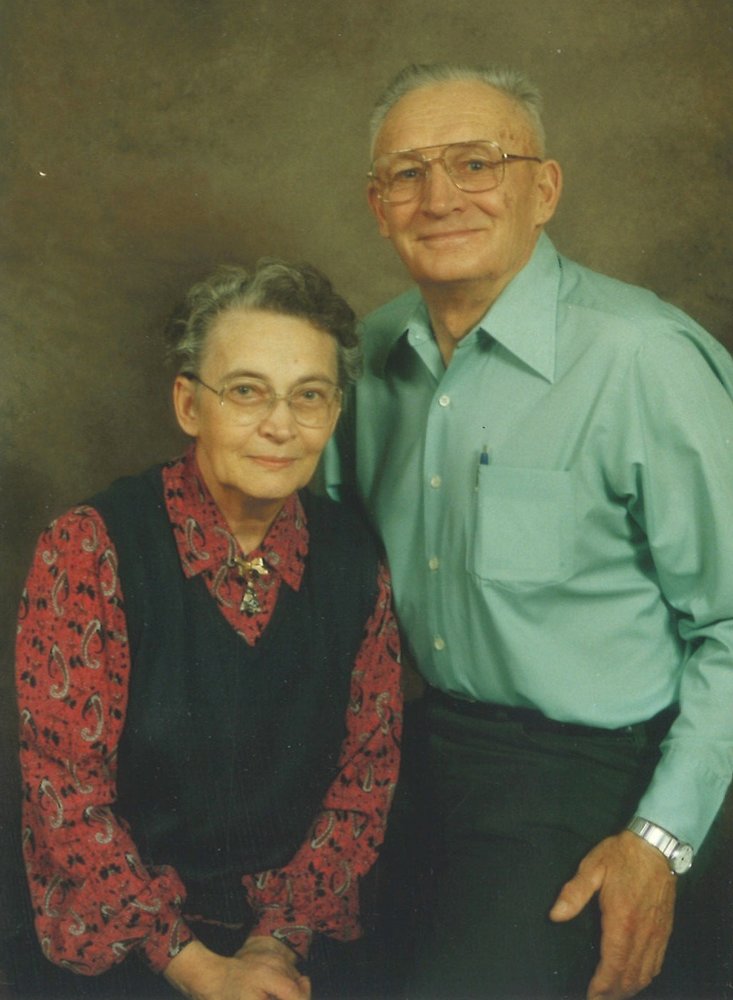 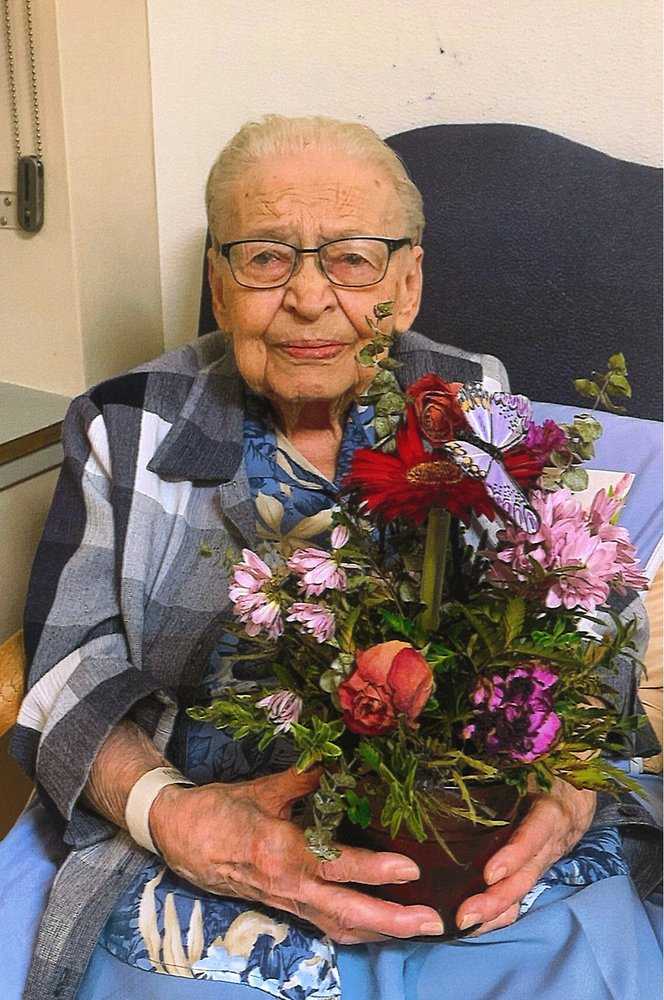 Elsie Schlenker (Krause) went “Home” to be with her Lord and Saviour on June 27/2021 at the age of 95.  Elsie was born in Tarutino, Bessarabia, Romania, the eldest of three children born to Alfred and Emma Krause.  Immigrating to Canada at age 4, she spent her early years growing up on the family farm near Hilda, AB.  She attended Rolly Point school (grades 1-8).

Marrying Edwin Schlenker in 1944, they relocated to a farm east of Botha, AB in October of 1945.  Four children were raised here before moving to Stettler in 1989 – Iris, Sandra, Dale and Darren.  Several years after Edwin’s passing, she moved from her house to Paragon Place where she lived for 14 years; in October, 2020 she moved to Points West where she resided until the time of her passing.

Elsie was known for her wonderful meals; baked goods (which she shared with her friends and neighbors); her “green thumb” (was an avid gardener); abilities in relating stories; enjoyment of gospel music; and her ethic of hard work and determination.  She was not shy about her love for God and Christian perspective, involving herself in regular church activities.

Elsie was predeceased by her parents, Alfred and Emma; husband, Edwin (2000) after 55 years of marriage; daughter, Iris (1949); daughter-in-law, Debbie; and brother, Oscar plus many other extended family members.  Elsie will be sadly missed and leaves to mourn her passing and celebrate her life, her children: Sandra (Gordon) Fritzke of Maple Creek, SK;  Dale (Jan) Schlenker of Sidney, B.C. and Darren (Geri) Schlenker of Jamestown, NC;  her grandchildren: Darcy (Linnette) Fritzke of Medicine Hat, AB and Julie (Dave) Kroeker of Lloydminster, SK; her great grandchildren: Jorja, Ginny and Ce Ce also of Lloyminster; her brother Herbert (Minnie) Krause of Medicine Hat, AB as well as many other family members and dear friends.

Share Your Memory of
Elsie
Upload Your Memory View All Memories
Be the first to upload a memory!