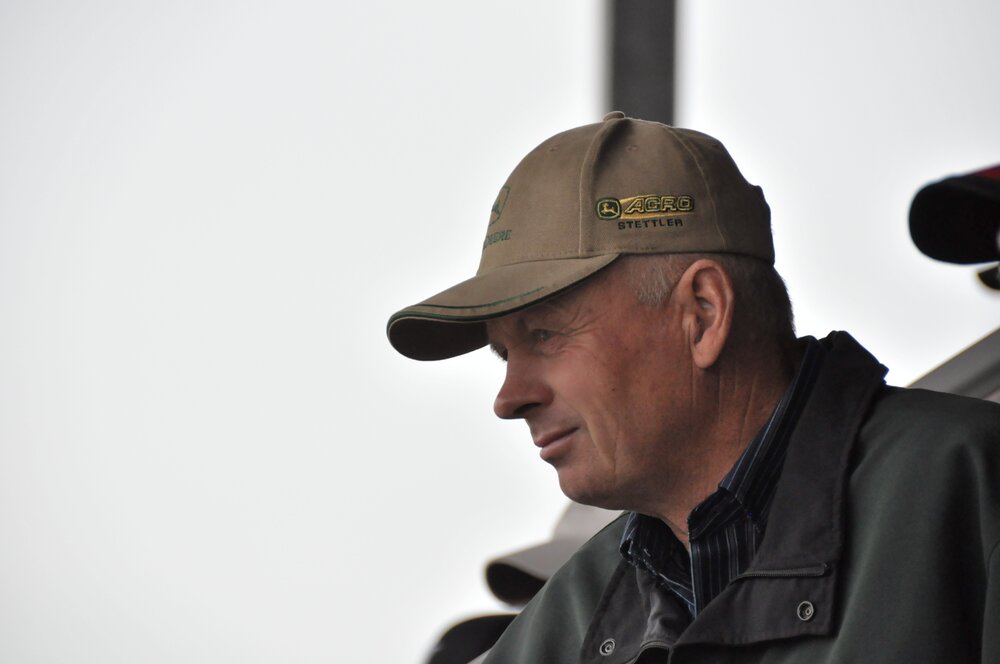 Funeral Mass (by Invitation only)

11:00 am - 12:00 pm
Our Lady of Grace Catholic Church
5113 - 49 Street
Castor, Alberta, Canada
This mass may be viewed via webcast by visiting www.parkviewfuneralchapels.com and clicking on to Ken's obituary and then click on webcast.

Please share a memory of Kenneth to include in a keepsake book for family and friends.
View Tribute Book

Ken was born December 24, 1948 in Castor, Alberta to Ray and Laura Long who farmed just east of Castor. Ken was the fifth child in a family of ten children.

At an early age, Ken showed great interest in following in the footsteps of his father and becoming a farmer. Ken completed high school at Theresetta School and then took a hog production course at Vermillion Agricultural College. Ken and his Dad ran a mixed farming operation together for many years.  Ken raised a lot of pigs, but in later years he focused on raising cattle…his true passion.

In his early years, Ken loved to play hockey and he especially loved his Montreal Canadiens. When his hockey career began to fade, he developed a real passion for curling…both playing and watching. Over the years, Ken enjoyed square dancing, watching WWE Stampede Wrestling, attending rodeos, playing ball with his cousins and friends. As a teenager, Ken was a very active member of the Castor 4H Beef Club.

Ken had a great sense of humour and he loved to spend time entertaining and antagonizing his many nieces and nephews…and eventually their children also!  He loved “them” and they loved “him”! They have so many wonderful memories of their “Uncle Moose” …as he was affectionately called!

Ken continued farming right up to the day he was diagnosed with cancer and two weeks later he left us in body but will remain forever with us in our hearts and memories.

Ken was predeceased by his parents and brother-in-law Howard Kennedy.

Memorial Contributions in Ken's memory may be made to the Alberta Cancer Foundation  11560 University Avenue, Edmonton, AB T6G 1Z2 or a charity of the donor's choice.

Share Your Memory of
Kenneth
Upload Your Memory View All Memories
Be the first to upload a memory!
Share A Memory