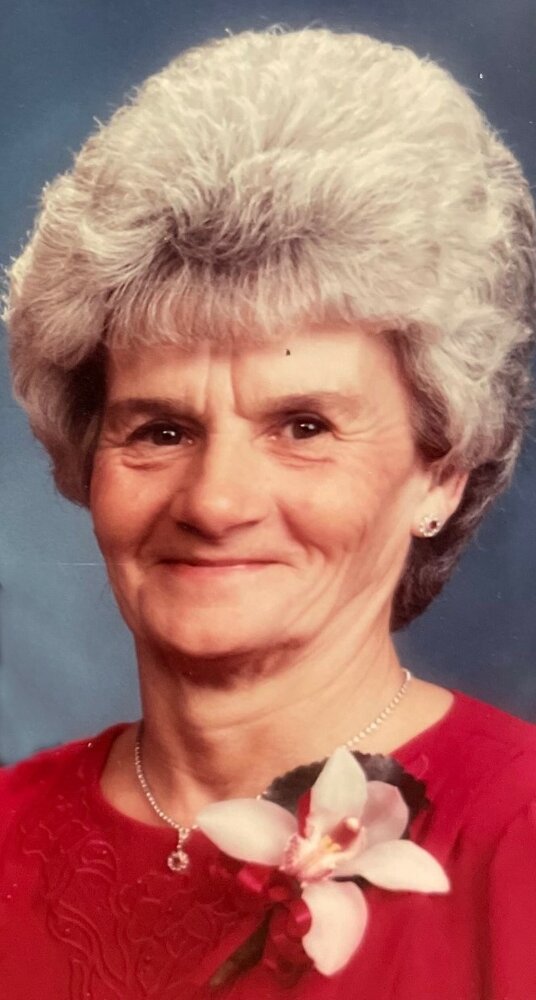 Funeral Services will take place in the spring of 2022.

Dorothy Glasier (Banwell) was born to William and Ethel Banwell (Woodford) on June 8, 1931 in Castor, Alberta.  Dorothy and her siblings Charley, Betty, Bill, and cousin Joe were raised on a farm in the Lucerne district.  They spent a short time in B.C.  Joe stayed and made his home there.  He married and raised two sons.  The rest of the family moved back to the farm in Alberta.

When Dorothy finished school she worked in Coronation for a while.  There she met Charlie.  They were married in 1950 with four children following, Melvin, Dale, Randy and Shirley.  Charlie and Dorothy raised their children on the family farm in the Sounding Creek district.  They farmed the land for forty plus years.

Dorothy was always helping Charlie mending fences, tending livestock, or working in the fields.  One often found Dorothy in her large, beautiful garden and working in her flower beds.  She painted the inside of the house at regular intervals.  She sewed most of her children’s clothing when they were young.

In later years Charlie and Dorothy spent a lot of time camping, fishing, and holidaying with grandchildren and friends.

In 1990 Charlie and Dorothy retired to an acreage at Federal where they spent 17 years.  They enjoyed the smaller operation very much.  Charlie still helped his sons with their work.  Along with gardening and house and yard work Dorothy joined the Federal Friendship Club which she really enjoyed.

In 2008 they downsized again and moved to a condo in Coronation.  Dorothy passed away December 13, 2021.

Predeceased by her husband Charlie in February of 2016; sister Betty Welch (Banwell) in July of 2016; brother Charlie Banwell in June of 2018; Dorothy leaves to mourn her loss Mel and Margie (Bailey); Dale and Elaine, Randy and Audrey (Jones), Jim (Rush) and Shirley; 9 grandchildren, several great grandchildren; extended family and many friends.; brother-in-law George and family; brother Bill and Betty (Venables) and family; cousin Joe and family.

Charlie and Dorothy will be forever missed.

Funeral services for Charlie and Dorothy will be held in the spring of 2022.

Share Your Memory of
Dorothy
Upload Your Memory View All Memories
Be the first to upload a memory!
Share A Memory