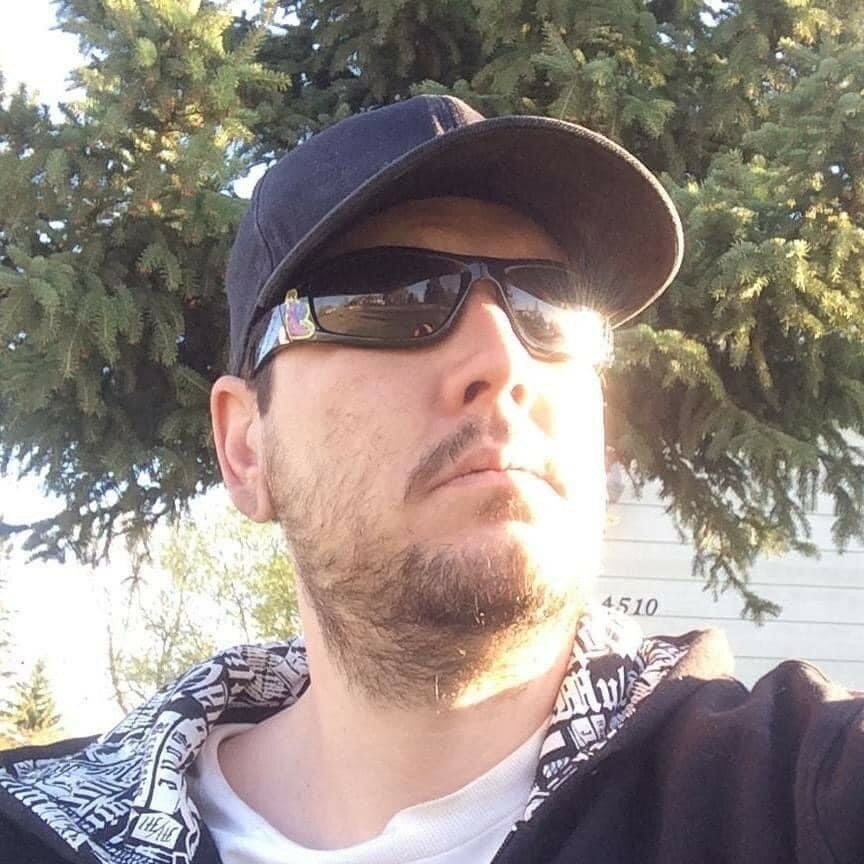 Please share a memory of Shaun to include in a keepsake book for family and friends.
View Tribute Book

Shaun Matthew was born April 9th, 1981 in Edmonton, Alberta to parents Kelly and George Powder.  Shaun was number two of the infamous Hunt boy clan preceded by his Brother Daniel James in 1980 and lastly his Brother Dean Riel in 1982.  Even though the boys were a joy to their parents they certainly gave them a run for their money and kept them on their toes with their constant shenanigans.

Shaun was a beautiful baby with curly hair and big brown eyes as well as an infectious and mischievous grin.

Shaun spent his younger years living in numerous small towns in Alberta until 1993 when the boy’s and their Mom Kelly settled in Stettler where he remained for the better part of his adult life with some time spent in Ontario, Red Deer and Barrhead.

At a young age Shaun went to work for Precision Drilling where he spent most of his working life, until unfortunate health issues arose that forced Shawn to leave the job he loved and take on the new challenge of learning to walk again.  This was a big blow to Shaun who had always been independent and strong but like many of the other struggles in life that Shaun faced he did it with a smile.

As a man Shaun had a physical presence that would intimidate anyone, but beneath that towering exterior was a soft loving heart.  Shaun was soft spoken and kind in everything he did and if he loved you he would go to the ends of the earth to make sure you were ok even if it meant going without himself.

We all know that Shaun faced more struggles in life than most, but he did so with a positive attitude and a constant desire to do more.

Shaun loved his family with all his heart and will be forever missed by his momma Kelly, brothers Daniel and Dean, his nieces and nephews, aunts, uncles, cousins and friends.  Shaun is predeceased by his fther George Henry Powder, and numerous other family members and friends.

Personally, I will miss him folding himself in half to bend down and give me a hug anytime I saw him and I know everyone who knew him will forever miss his laugh.

A celebration of Shaun’s life will be held on

Donations in memory of Shaun are gratefully accepted to the Animal Haven Rescue League, P.O. Box 448, Stettler, AB T0C 2L0 or any Substance Abuse Support Charity of the donor’s choice.

Share Your Memory of
Shaun
Upload Your Memory View All Memories
Be the first to upload a memory!
Share A Memory