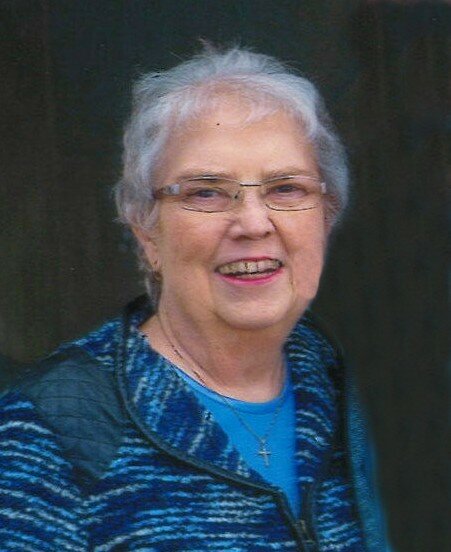 Please share a memory of Helen to include in a keepsake book for family and friends.
View Tribute Book

Helen is survived by her loving family, husband Walter.

numerous nieces, nephews, other family and a host of many friends.

Helen was predeceased by her parents Audrey and Percy; brother Aubrey; sister in law Darlene and niece Diana Towers.

Helen Darlene Pickles was born on August 31, 1949, in Portage la Prairie, Manitoba the fourth child of Audrey and Percy Hay.  She grew up on a small acreage near Oakville, Manitoba with three older brothers, Kirby, Ellsworth and Aubrey.

She was involved in many activities while growing up, Explorers, CGIT, Youth Group and Sunday School.  She enjoyed playing baseball, skating, and curling.  She was in 4H clothing club for eight years and received several awards, one of which was an inter-provincial bus trip to Alberta which led her to Mom and Dad Pickles place where she met Walter.  This led to a happy romance, resulting in a July 1969 wedding.

She graduated from business college in 1968 with a diploma in secretarial and bookkeeping.  Having married a farmer, the bookkeeping came in to be very useful.

Helen was an active volunteer in many things over the years, church activities kept her busy; Scouts, Cubs and Beavers as the boys grew up and we followed their interests -

Castor 4H Multi Club and then moved on to the Castor and District Ag Society.

This list of things Helen did in the community is extensive.  Her hobbies consisted of sewing, knitting, crocheting, quilting, music and reading.

Her biggest joy was her grandchildren who she followed as well as she could despite declining health.

The support she gave Walter and the boys is something that we will never forget.

Helen’s declining health was an obstacle that she struggled with, without complaining.  She finally went to her rest laying in her own bed at home.

Helen may you rest in peace! It was well deserved.

Funeral services in Helen’s memory were held on Saturday, December 3, 2022 at 2:00 PM in Knox United Church, Castor, AB with Rev. Barbara Zimmerman officiating.  The interment followed in the Castor Cemetery.

Those wishing to pay their respects may do so by leaving a condolence at www.parkviewfuneralchapels.com

Memorial contributions in Helen’s memory may be made ans sent directly to to Our Lady of the Rosary Hospital, Mail Bag 500 Castor, AB T0C0X0.

“Every life lived is worthy of a celebration”

Share Your Memory of
Helen
Upload Your Memory View All Memories
Be the first to upload a memory!
Share A Memory