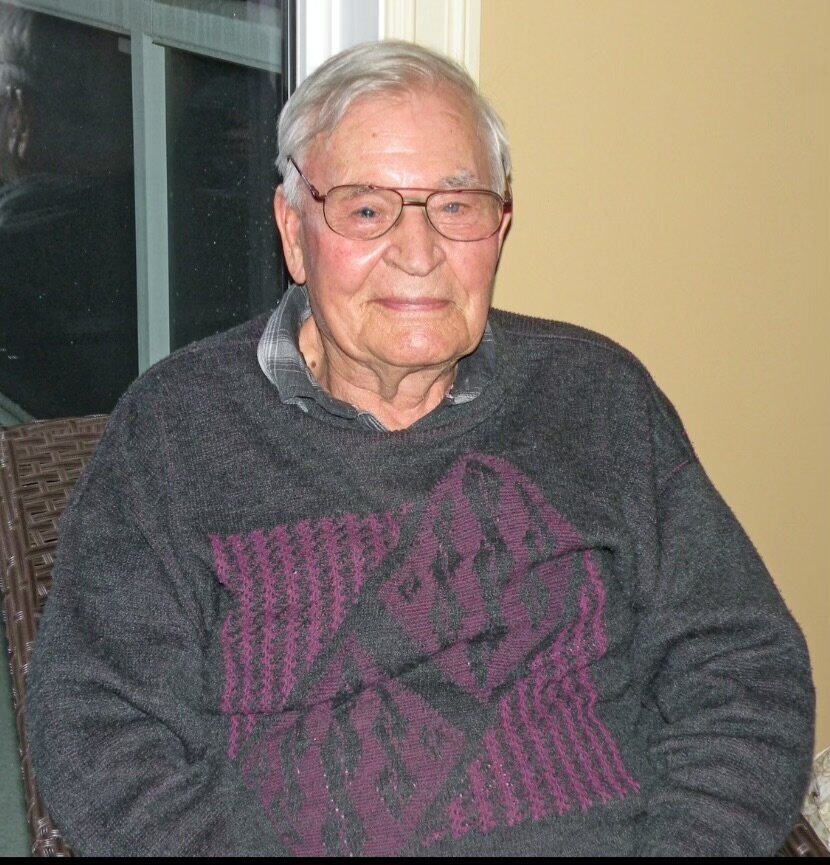 Please share a memory of Ken to include in a keepsake book for family and friends.
View Tribute Book

Ken was raised in the Castor area along with his sisters Judy and Eunice and his brother Wes.  During his lifetime Ken loved the community that he was raised in.  The Castor School is named after his father Gus Wetter, another great member of Castor.  Ken operated the grocery store in Castor for 20 years starting in 1949.  In 1981 Ken was elected as the Mayor of Castor and he ran the office with great efficiency, something he also required from all his staff, he hated inefficiency.  He loved his coffee group and enjoyed the local news the members had to share with him.

During his life he has lost significant members of his family; parents Kathleen and Gustave; he lost his first wife Kaye Spencer, they were married in 1950 and she passed away in 1986 and three years later he married Lil Walters and she passed away in 2000; his brother Wesley; and his sister Eunice Huff and brother in law Francis Hall.

Ken leaves to mourn his family: his sister Judith Hall; his sons: Randy (Marly) of Stony Plain ~ their children Jesse (Celia) and Alysha; Kevin (Joanne) of Castor ~ their children Mace & Jason (Karla) ~ Ty and Chloe; Darcy (Monica) of Calgary ~their children ~ Teris and Carson and Isabella; brother-in-law Peter Huff; other family and many dear friends.

Funeral service will be held on January 7, 2023 at Knox United Church, Castor, Alberta at 1:00 PM.  Memorial donations may be made to Paintearth Lodge or Gus Wetter School.  Condolences can be sent to the family at www.parkviewfuneralchapels.com

Parkview Funeral Chapels and Crematorium entrusted with the care and funeral arrangements.  403-882-3141

Share Your Memory of
Ken
Upload Your Memory View All Memories
Be the first to upload a memory!
Share A Memory